SDCC has come and gone. Following its dwindling sparkle is a steady stream of movie trailers to feed our anticipation for the coming year. As exciting as it is to read up on the latest Comic-Con news, there’s something magical about walking the floor of the exhibit hall and experiencing it in real-time. 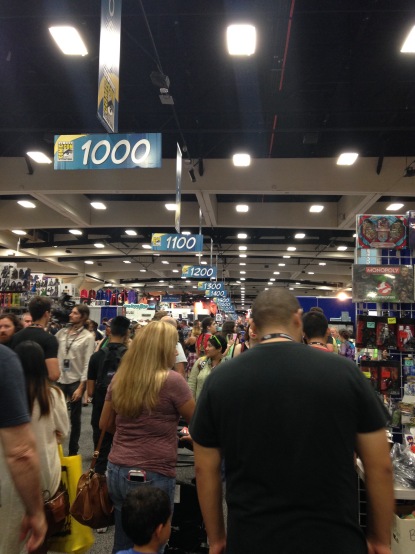 Set-up each morning was like being backstage at an amusement park or theater production. There was a quiet energy amongst the exhibitors and a sense of the vast scale of the convention floor. Youtube videos do the elaborate booth displays an injustice. 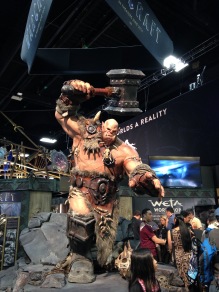 Sideshow Collectibles will stop you dead in your tracks.

I was very tempted to get a ball of fluff.

I don’t know what it is, but I like it. Alex Pardee’s “Wyatt” from his Astralnauts. 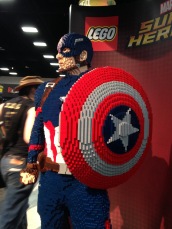 My booth was near Mondo, so I had the unique pleasure of watching con attendees do battle as they speed-walked to save their spot in line. I will probably show up in a few pictures of Mondo collectible figures from the convention since they were on a table parallel with my booth. Regrettably, I did not use the opportunity to practice my photobombing skills.

Here’s a brief video that gives you an idea of the dedication of some of these fans racing to the Mondo booth: 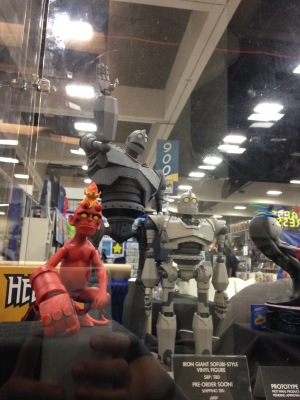 I had some time to walk around in the opening hours and even meet some amazing artists I was familiar with (Claire Hummel ftw!). However, the highlight of the experience was seeing people walk by and react in a myriad of ways to my work. There were expressions of interest, confusion, and most often, the lifeless stare of the completely overwhelmed.

Of the artist booths I saw, Brittney Lee’s was most impressive. The artwork was displayed beautifully and the space was very inviting, especially given the limitations. I will definitely take note of it for future booth ideas. 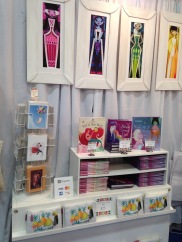 The majority of interactions at my booth were incredibly positive. Those who stopped by were genuinely interested in my work and took the time to either make a small purchase or sign up for my newsletter. 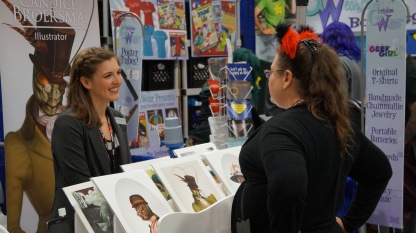 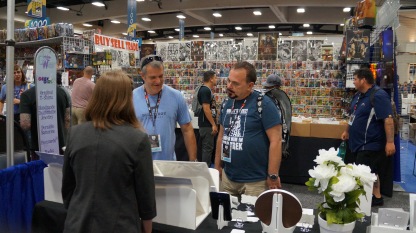 The full booth setup…before I ran out of prints. 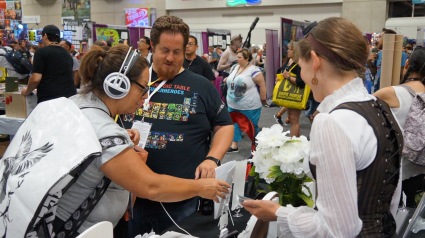 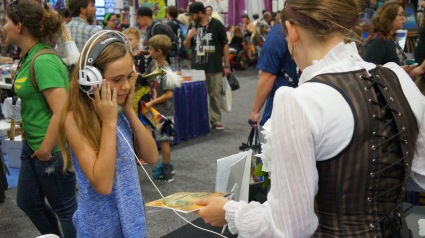 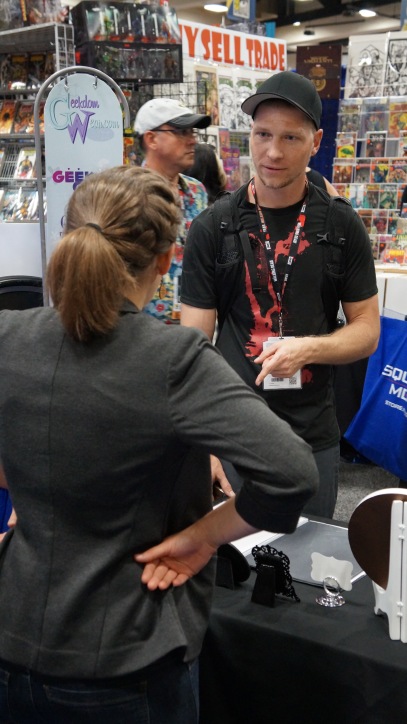 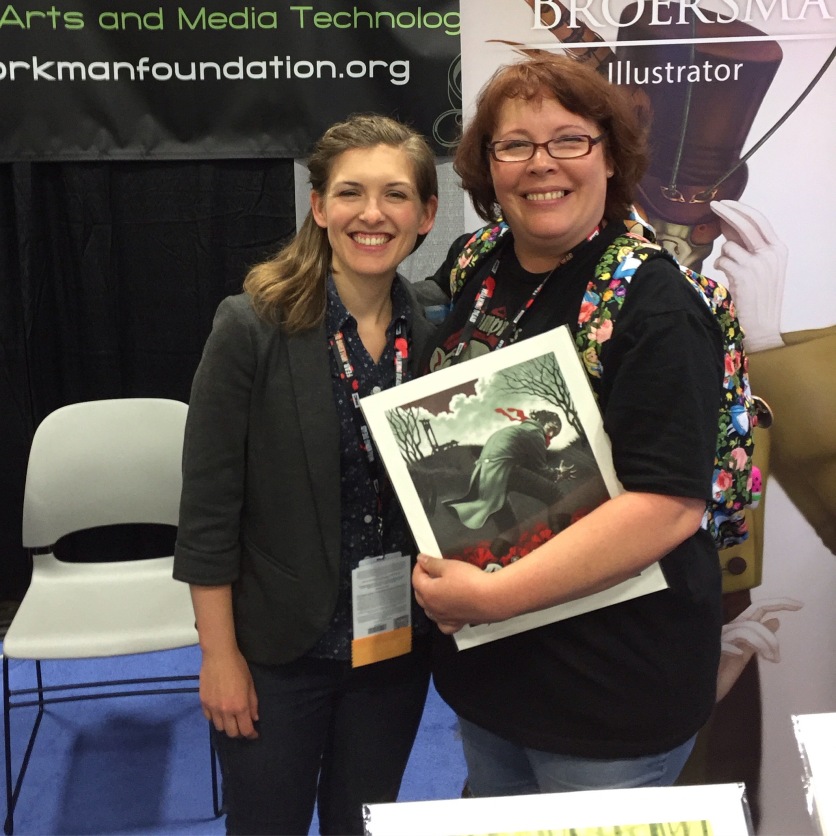 I hadn’t anticipated selling many prints, but they ended up being the most popular item! It warms my heart to see people interested in my work without being familiar with it prior to SDCC. After selling the prints, I focused on the booklets and encouraged more people to listen and read along with the stories.

Making this little print display rack was a good decision. As prints left, I could replace the space with more booklets 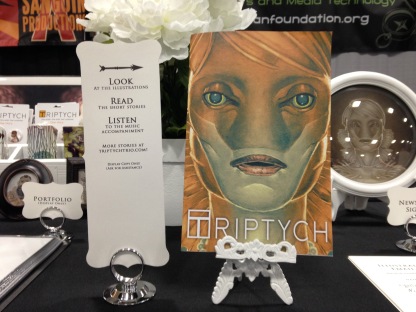 An example of my booth signage. Looks pretty, but turns out people don’t really read them. Always good to be prepared with an elevator speech for the passers-by!

The whole experience was very encouraging. My work encompasses an array of subjects in the fantasy genre, so seeing what people respond to is gold when it comes to developing an identity as an artist. I also received some excellent suggestions for Triptych: maybe there’s a future with an audio book or app development?

Of course, there were some amazing and hilarious cosplays: 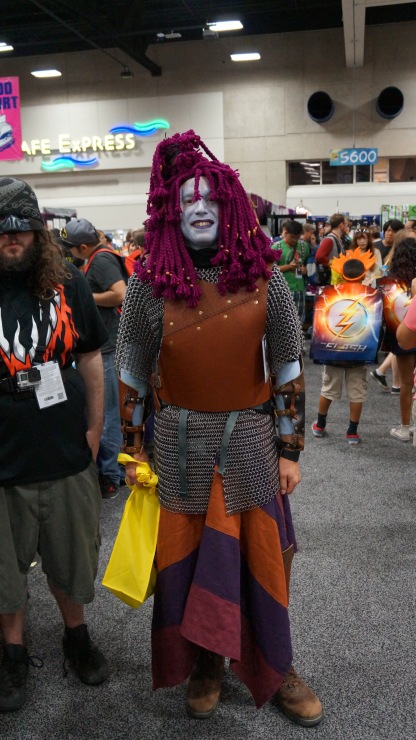 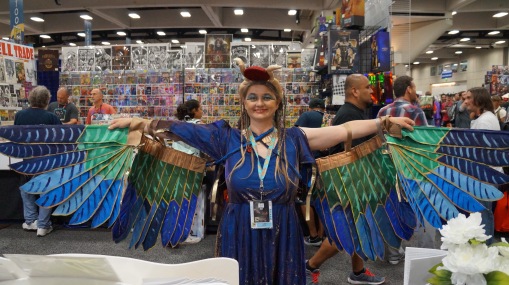 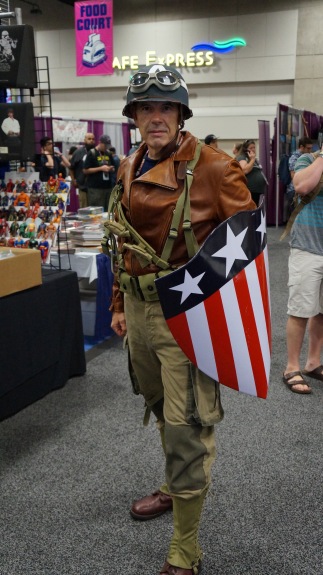 I’ve got to give a shout out to my good friend/ninja bodyguard Nathan who helped keep our fortress secure and photograph the event. It was also incredible to meet the Kevin Workman Foundation  team in-person and make friendly banter with my booth neighbors at  X-Sanguin, both of whom offered constant assistance. Needless to say, the memory of Kevin is alive and well in the hearts of these people who, through their enthusiasm and selfless giving, are changing the lives of aspiring artists.

One thought on “Comic Conquering Part 3”